Nature has inspired some of the most amazing art – from the representational, majestic landscapes of the Hudson River School to the stylized, curling flowers of the Art Nouveau.  A painted landscape was one way to bring the environment back into our homes.  The Arts & Crafts movement went one step further and sought to bring the beauty of nature inside and incorporate it into our furnishings and decorations.

no one did more to turn parlors into romantic gardens like the British designer William morris.

Beginning in Britain around 1880, the Arts and Crafts movement was born from the values of people concerned about the effects of industrialization on design and traditional craft. In response, architects, designers, craftsmen, and artists turned to new ways of living and working, pioneering new approaches to create decorative arts. It was the Traditional versus the Industrial.

The new booming urban centers, industrialization changed how people earned a living and introduced new, affordable factory-made products into the home.  As a backlash to this cheapening of labor and goods, some artists and critics expressed a desire to return to a more noble time when skilled crafts were celebrated which give rise to the Art & Craft movement. Art & Crafts was largely a design concept that sought out natural and pure motifs along with superior care and execution.

One of the most influential figures during this time was William Morris, who actively promoted the joy of craftsmanship and the beauty of the nature. Having produced many wallpaper designs throughout his career, Morris became an internationally renowned designer and manufacturer. (Many regard him as the inventor of the floral design). Other creatives such as architects, painters, sculptors and designers began to take up his ideas. They began a unified art and craft approach to design, which soon spread across Europe and America, and even Japan.

Today, Morris is celebrated as one of the most influential and successful Designers in history. 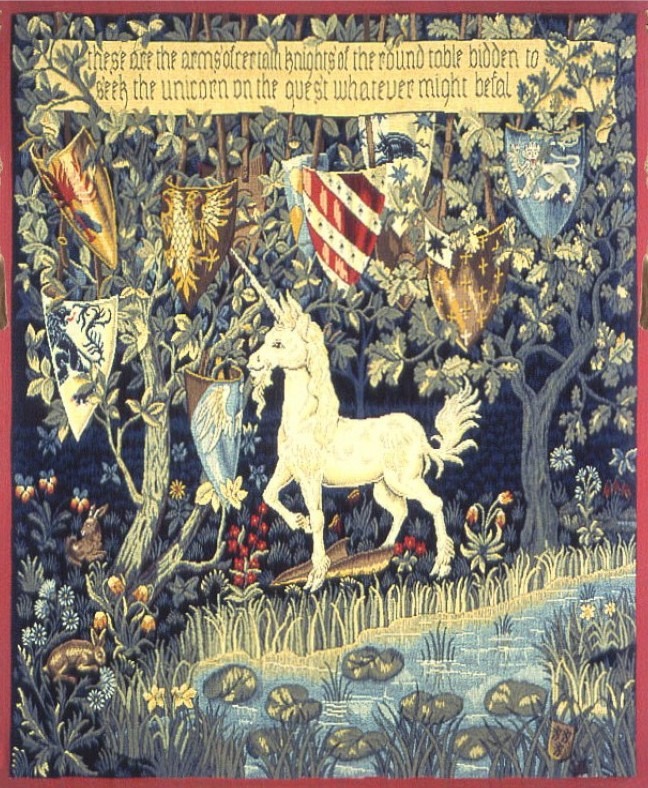 William Morris was a poet, writer of Fantasy, artist, philosopher, typographer, political theorist, and arguably the most celebrated Designer of the Arts & Crafts movement. He strived to protect and revive the traditional techniques of handmade production that were being replaced by machines during the Victorian era’s Industrial Revolution. Although he dabbled in embroidery, carpet-making, poetry and literature, typography, he mastered the art of woodblock printing, and created some of the most recognizable textile patterns of the 19th century.

He was a promoter of Beauty. He famously once said, “Have nothing in your houses that you do not know to be useful or believe to be beautiful.” He always acted on his conviction that objects of daily use should be practical, but most of all a source of beauty and delight.

He had a strong bond with the artistic Pre-Raphaelite Brotherhood. He had so many creative friends, spending a lot of time at his architecturally designed home, the “Red House”, including Pre-Raphaelite painters Edward Burne-Jones and Dante Gabriel Rossetti, who both helped him elaborately decorate the abode. It was there that he decided to set up his own design company, with a desire to create affordable “Art for All.” Morris & Co., was incredibly successful, and produced reams of fabric and wallpaper designs for over 150 years.

Featuring swirling leaves, thieving birds, rose-filled trellises, and fruit tree branches, the designs of William Morris have a unique timeless quality. He began designing wallpapers in 1862, but their sale was delayed by several years while he experimented with printing from zinc plates.

Inspired by nature, Morris’ designs feature leaves, vines, and flowers that he observed in his gardens or on walks in the countryside. Rather than life-like illustrations, his drawings are subtly stylized versions. Daisy, a simple design featuring meadow flowers, was the first of Morris’ wallpaper designs to go on sale in 1864.

William Morris had his wallpapers printed by hand; using carved, pear woodblocks loaded with natural, mineral-based dyes, and pressed down with the aid of a foot-operated weight. Each design was made by carefully lining up and printing the woodblock motifs again and again to create a seamless repeat.
Morris once spoke about the precise process, saying,
“Remember that a pattern is either right or wrong. It cannot be forgiven for blundering, as a picture may be which has otherwise great qualities in it. It is with a pattern as with a fortress, it is no stronger than its weakest point.”

He employed the printers Jeffrey & Co. to print his wallpapers up until his death in 1896, when the Merton factory took over production until the company’s voluntary liquidation in 1940.

Morris spent much of his time hand-lettering and illuminating new editions of classic texts like the Rubaiyat of Omar Khayyam. He also translated and illustrated several Norse sagas, as well, after two journeys to Iceland to study the language and mythology of the traditional culture there. His love of making books was lifelong. In 1891, he founded the Kelmscott Press, which used traditional 15th-century techniques to publish slightly more mass-produced versions of the handmade manuscripts he had produced in the ’70s.

His Kelmscott Press began to print books in 1891, using an old hand press, rich dense inks, and handmade paper. Decorative borders and initials designed by Morris and woodblocks of commissioned illustrations were cut by hand. Morris designed three typefaces based on types from the 1400s.
The Kelmscott Press recaptured the beauty and high standards of incunabula (texts produced when books were still copied by hand), and the book again became an art form. An example: The press’s masterwork is the ambitious 556-page The Works of Geoffrey Chaucer. Four years in the making, the Kelmscott Chaucer has 87 woodcut illustrations from drawings by renowned artist Edward Burne-Jones. For the single work, Morris designed 14 large borders, 18 smaller frames for the illustrations, and over 200 initial letters and words. An exhaustive effort was required by everyone involved in the project.

The influence of william morris and the Kelmscott Press upon graphic Design, particularly book design, was remarkable.

Morris’s concept of the well-designed page, his beautiful typefaces, and his sense of design unity—with the smallest detail relating to the total concept—inspired a new generation of graphic designers. His typographic pages, which formed the overwhelming majority of the pages in his books, were conceived and executed with readability in mind, another lesson heeded by younger designers.

Morris’s searching reexamination of earlier type styles and graphic-design history also touched off an energetic redesign process that resulted in a major improvement in the quality and variety of fonts available for design and printing; many designers directly imitated the style of the Kelmscott borders, initials, and type styles. More commercial areas of graphic design, such as job printing and advertising, were similarly revitalized by the success of Morris.

As an interior designer, Morris focused on decorative arts.  He designed wallpaper, textiles, furniture, interior architectural elements, and stained glass windows.  To create these gorgeous patterns, Morris drew out a block design which would be repeated during production.  Wood block printing was used for the wallpapers and for some textiles.  Morris had to use modern, mechanized weaving for most of his fabrics but, true to his artisan philosophy, he only used natural dyes even though many synthetic colors were available in Victorian England.  This organic color scheme enhances the naturalism of Morris’ flowers, vines, and leaves.  Ultimately, Morris & Co. created over 600 fabric and wallpaper designs which are still popular today for their utilitarianism, harmonious graphic design, and profound ascetic appeal.

He wrote novels, poetry (his first volume, The Defence of Guenevere and Other Poems ,1858, was the first book of Pre-Raphaelite poetry to be published), and even translated works from Icelandic to English.

In fact, he was one of the first writers who helped to establish the literary genre of Fantasy. Some of his wonderful books as a writer: The Wood Beyond the World, The Well at the World’s End, News from Nowhere – Edward James described them as “among the most lyrical and enchanting fantasies in the English language”. William Morris produced superb designs for books, typography, interior decorations, fabrics, wallpapers, textiles, floral patterns, utopias and dreams.

he was the man of heavenly Craft. Top BRANDING COMPANY for October 2020
Top WEB DESIGN COMPANY to partner with in 2020
Check out  eCommerce SEO: An Intro Guide for Beginners
Check out: The benefits of cloud computing